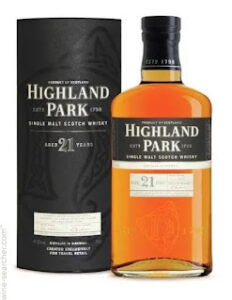 The art of whisky-making was introduced in Scotland by Irish monks who settled in western Scotland on religious missions. The Scots developed taste for the drink and soon became very popular.

The fermented mash of grain was distilled and the end product was a raw and harsh drink, called uisge beatha in Scotland and uisgebaugh in Ireland. Later, the uisge became whisky.
There are 4 main types of scotch whisky. But today will discuss the 21 Best single malt scotch whisky brands.
{tocify} $title={Table of Contents}
$ads={1}

Glenfiddich is the world’s best-selling single-malt whisky, it is a Speyside single malt Scotch whisky brand produced by William Grant & Sons in the Scottish burgh of Dufftown in Moray.
Glenfiddich is matured in many different casks, such as:

The core range of Glenfiddich

Glen Garioch is one of the oldest operating distilleries in Scotland, it has been making its mighty malt in the quaint and historic market town of Oldmeldrum, near Aberdeen in North East Scotland, ever since 1797.

Highland Park is one of the most remote Scotch whisky distilleries in the world.  Highland Park was a respectable business, and today it continues to produce outstanding single malt whiskies crafted in the traditional way, twenty years later.
The core range of Highland park
Region: Island

Flavor: creamy Manuka honey and a touch of juicy citrus with cream and a well-balanced sweetness.

Bowmore is a distillery that produces Scotch whisky on the Isle of Islay, an island of the Inner Hebrides. It is a single malt scotch whisky brand owned by Morrison Bowmore Distillers Ltd, a holding company owned by Beam Suntory, a subsidiary of Japanese multinational drinks conglomerate Suntory.

Bowmore Distillery sources as much barley as possible from the island of Islay, but there are insufficient quantities produced to satisfy the distillery’s demand, so barley is also imported from the mainland.
The core range of Bowmore

Regions: The Isle of Islay, an island of the Inner Hebrides.
Flavor: Bold zesty lemon and smoke with a touch of honey

The core range of Cardhu

Knockando is a single malt scotch whisky distillery which is located in Knockando, Moray, in the Strathspey whisky-producing area of Scotland,  built by John Tytler Thomson in 1898 and is named after the village in which it stands. The name derives from Scottish Gaelic Cnoc Cheannachd, meaning “Hill of Commerce”.
The core range of Knockando

The Balvenie is a Single Malt Scotch Whisky distillery in Dufftown, Scotland owned by William Grant & Sons. Balvenie makes whisky in the traditional batch process of the production of single malt.

The use of locally grown barley is preferred, and it is floor-malted where possible. Of the 120+ distilleries in Scotland, Balvenie is one of only seven distilleries with its own malting floor.
The only distillery that still practices all 5 of the Rare Crafts all on-site (growing barley, malting barley, onsite Copper Smith, onsite Cooperage, and The Balvenie Malt Master, David C Stewart).

The Core Range of Balvenie

The core range of Macallan

Flavors: Reminiscent of an amaretto sour and a hint of spiced plums.
Region: Speyside, Scotland

Cragganmore is a single malt Scotch whisky distillery situated in the village of Ballindalloch in Banffshire, Scotland, founded in 1869 by John Smith on land leased from Sir George Macpherson-Grant.

Cragganmore whisky is unique in having a flat top and being relatively short. The stills’ shape has a definite effect on the taste and aroma (nose) of the whisky.

The core range of Cragganmore

Flavor: A combination of sweet floral fragrances, riverside herbs, and flowers with some honey and vanilla.
Region: Speyside, Scotland

The Springbank is a single malt scotch whisky distillery on the Kintyre Peninsula in western Scotland. Owned by J & A Mitchell & Company, which also owns the Glengyle distillery, the oldest independent bottler, William Cadenheads, and several blended scotch labels. Licensed in 1828.

Springbank is one of the last surviving producers of single malt whiskies in Campbeltown, an area that once had over thirty active distilleries.

The core range of Springbank

Flavor:  Hints of honeycomb, treacle sponge, and ginger-nut fuse with a fruity.

Jura distillery is a single malt Scotch whisky distillery on the island of Jura in the Inner Hebrides off the West Coast of Scotland. founded by the Laird of Jura, Archibald Campbell in 1810. The distillery fell into disrepair but was restored in 1884. The distillery is owned by Glasgow founded and based on Whyte and Mackay, which in turn is owned by Philippines-based Emperador Inc.

The core range of Jura

Flavor: Honeyed barley and peaches in syrup, with light wafts of fragrant wood smoke.
Region: The island of Jura in the Inner Hebrides off the West Coast of Scotland.

Monkey shoulder is a scotch whisky distillery that produces single malt whiskey. Monkey Shoulder is a mix of three different Speyside single malts and is great with mixers or just on its own. Smooth, sweet, and very easy to drink.
Flavor: Crema Catalana, cocoa, and malt. and vanilla.
Region: Speyside, Scotland

It is named after the area of land at the head of Loch Laphroaig on the south coast of the island of Islay. The distillery and brand are owned and operated by Beam Suntory. The Laphroaig distillery was established in 1815 by Donald and Alexander Johnston.

Flavor: bold, smoky taste, followed by a hint of seaweed and a surprising sweetness.
Region: Islay

Talisker is a single malt distillery island based in Carbost, Scotland on the Minginish Peninsula on the Isle of Skye. The distillery is operated by Diageo, and Talisker’s 10-year-old whisky has been nominated as part of their Classic Malts series. The brand is considered a premium Single Malt Whisky.

Talisker was founded in 1830 by Hugh and Kenneth MacAskill

Lagavulin is a single malt whisky distillery in the village of Lagavulin on the south of the island of Islay, Scotland. It distills spirit that is destined to become Islay single malt Scotch whisky. owned by Diageo, a multinational beverage alcohol company headquartered in London. It was previously marketed under the Classic Malts range of single malts, which is now defunct.

Dalmore is a single malt scotch whisky distillery, built-in 1839 by Alexander Matheson, who immediately leased it to the Sunderland family, who ran it for over thirty years until 1869. The Dalmore is now owned and operated by Whyte & Mackay, which is owned by Philippines-based Emperador Inc. Dalmore might just be the most legendary distillery in the world when it comes to creating stunning whisky with real provenance.

The core range of Dalmore

Flavor: Cinnamon ice cream, roasted almonds, and fresh caramel fudge
20. Deanston
About 15% of the whisky produced at Deanston is reserved or bottled as a single malt, with the remainder being reserved for blends.  located on the banks of the River Teith, eight miles from the historic town of Stirling, at the gateway to the dramatic Loch Lomond & Trossachs National Park.
It is the largest distillery owned by Scotch whisky producer Distell Group Limited, which also owns Bunnahabhain Distillery on the Isle of Islay and Tobermory distillery on the Isle of Mull.

The core range of Dalmore

Ardbeg was officially established by the MacDougall family in 1815, the same year as Laphroaig came into official existence a few miles along the road, although it seems that illicit distilling had already been taking place on the site for more than 20 years, with Alexander Stewart having founded a distillery there in 1794.

The distillery is owned by Louis Vuitton Moët Hennessy and produces a heavily peated Islay whisky. The distillery uses malted barley sourced from the maltings in Port Ellen.

The core range of Ardbeg