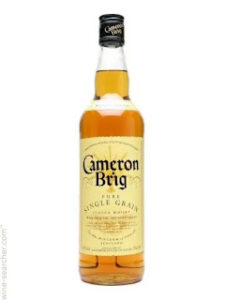 Whisky is a spirit distilled from grain by pot still or parent still method. The grain used may be barley, maze rye, wheat, or a mixture of grain in varying proportions.

By law, scotch whisky means whisky that has been distilled at a distillery in Scotland from malted barley to which whole grain of other cereals may be added.

There are two main types of scotch — malt and grain.

Malt:  Malt whisky is made from malted barley and then double distilled in a pot still.

Grain: Grain whisky is made chiefly from corn or wheat with a small percentage of barley and barley malt and distilled in a patent still.

Single malt is the malt whisky from one distillery. It may be a mix of malt whiskies produced in different years. In that case, the age statement on the label reveals the age of the youngest malt in the mix. High-end single malt is considered a high-end Scotch, and only about ten percent of scotch whisky is single malt.

Vatted malts is a blend of malt whiskies from different distilleries in Scotland. It is also called pure malt or malt whisky. It is one of the least common types of Scotch: a blend of single malts from more than one distillery (possibly with differing ages).

This type must not contain grain whiskies and is distinguished by the absence of the word “single” on the bottle. The age of the vat is that of the youngest of the original ingredients. For example, a blended malt marked “8 years old” may include older whiskies, with the youngest constituent being eight years old. Johnnie Walker Green Label and Monkey Shoulder are examples of blended malt whisky.
$ads={2}

Blended whisky is a mix of malt and grain whiskies. Most of the scotch sold in the market is blended scotch. The proportion of malt to grain whisky is between 20 and 40 percent. The cheaper blend will have more percentage of grain whisky. A typical blend may have 15-40 different malt whiskies and 2-3 grain whiskies.

Each malt whisky does and each has its own flavor profile. The blender must ensure that the individual aroma does not dominate the other in the blend. The flavors of all the whiskies must be well-integrated. The blender must maintain a flavor consistency different from the blended whisky.

Single grain does not mean that only a single type of grain is used to produce the whisky produced rather single grain refers only produce to the use of a single distillery It is usually aged for a long time.