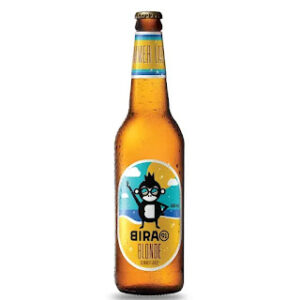 Beer is an alcoholic drink obtained from a fermented brew of barley malt. the average alcoholic strength of beer is 4 percent. Excluding tea & coffee, beer is probably the most commonly consumed drink and the globe’s first and most popular alcoholic beverage.

There are hundreds of breweries in the world, each making different types of beer. We have listed some of the best beer brands around the world Corona is a brand of beer produced by Mexican brewery Cervecería Modelo and owned by Belgian company AB InBev. It is the top-selling brand of imported beer in the United States. Corona is the remedy when you are searching for a new & crispy summer beer.

Corona beer is often served with a wedge of lime or lemon in the neck of the bottle to add tartness and flavor. The brand’s most popular variation is Corona Extra, a pale lager. It is one of the top-selling beers worldwide Bira 91 is an Indian craft beer brand owned by B9 Beverages Pvt. Ltd., launched in 2015. It has many variants, Bira light is a light-bodied beer that is paired with a light meal any time of the day. Bira white is a wheat beer with light bitterness and a soft finish. Bira blonde is a lager beer that is rich in color. Pilsner Urquell was first introduced In 1842, at our brewery in Plzeň, brewer Josef Groll introduced the world to the first golden ‘pilsner’ lager, and hanged beer forever. Pilsner Urquell was the world’s first pale lager. Pilsner Urquell’s signature flavor balances the sweetness from the triple-decocted malt, and bitterness from our Saaz hops.
The secret behind the taste of this legendary bottom-fermented lager with an alcohol content of 4.4% lies mainly in its premium quality ingredients along with the preservation of the original production process.

Budweiser is an American-style pale lager beer brand, produced by Anheuser-Busch, part of AB InBev. It was introduced in 1876 by Carl Conrad & Co. of St. Louis, Missour. Budweiser beer is a medium-bodied, American-style lager beer. Brewed with high-quality barley malt, a blend of premium hop varieties, fresh rice, and filtered water, this American beer is crisp and full of flavor. Foster’s is an Australian beer brand produced by Foster’s Group Pty. Ltd. Foster’s was founded in 1888 in Melbourne, Victoria by two American brothers, who sold the brewery a year later. Heineken is a pale lager beer produced by the Dutch brewing company Heineken N.V. Heineken lager contains three main ingredients: barley, hops, and water. the first Heineken brand beer was brewed. In 1875 Heineken won the Medaille d’Or at the International Maritime Exposition in Paris, then began to be shipped there regularly, after which Heineken sales topped 64,000 hectolitres (1.7 million U.S. gallons), making them the biggest beer exporter to France. Carlsberg is the flagship beer brand in Carlsberg Group’s portfolio of 155 brands. It is a 5% abv pilsner beer (3.8% in the UK and branded as Carlsberg Danish Pilsner with a global distribution to 140 markets. It is also known as Carlsberg Lager, Carlsberg Beer and Carlsberg Pilsner. It was first brewed in 1904 and was created by Carl Jacobsen, son of Carlsberg’s founder JC Jacobsen. The name Tuborg comes from Thuesborg a Copenhagen inn from the 1690s situated in the area of the brewery. Tuborg is a Danish brewing company founded in 1873 on a harbour in Hellerup, an area North of Copenhagen, Denmark. Since 1970 it has been part of the Carlsberg Group. The brewery’s flagship, the Tuborg pilsner, was brewed for the first time in 1880. Tuborg has many variants, Tuborg Red was the first beer brewed by the company, in 1875

Staropramen is the second largest brewery in the Czech Republic, It was first produced in 1869 and the brand name Staropramen, literally meaning “old spring”, was registered in 1911. It is owned by Molson Coors and its products are exported to 37 different countries. Staropramen Granat goes well with Sandwiches with rucola and mozzarella, and Thai chicken skewers.

Hoegaarden is a brewery in Hoegaarden, Belgium, Hoegaarden monks were the first to discover the unique recipe for wheat beer around 1445. Hoegaarden became one big brewery in the 18th century. In 1709, the village had no less than 12 breweries. In 1726, that number had increased to 36.

Hoegaarden white: Hoegaarden White is the original Belgium wheat beer, First brewed in 1445, Hoegaarden is a wheat beer spiced with coriander and orange peel. It is unfiltered and therefore has a cloudy appearance. In many bars, it is customarily drunk with a slice of orange or lemon. It has an alcoholic content of 4.9%.

Hoegaarden Rosée: Infused with raspberry flavors, it is a slightly sweet and refreshing treat for the summer month, Launched in 2007, 3% ABV. Available in the Benelux.
Hoegaarden Citrus: The classic Hoegaarden wheat beer infused with citrus essence. Launched in 2008, 3% ABV. Leffe is a premium beer brand owned by InBev Belgium, the European operating arm of the global Anheuser–Busch InBev brewery giant. There are several beers in the range, and they are marketed as abbey beers. They are brewed in large quantities and are widely distributed. The abbey of Leffe was founded in 1152 on the river Meuse in the province of Namur in southern Belgium. Like many monasteries across Europe, the Premonstratensian (Norbertine) canons of the abbey brewed ale, starting in 1240.

Leffe Blonde: Leffe Blonde is an authentic blonde abbey beer with a slight hint of bitterness to it with floral and spice with notes of vanilla and cloves aroma. 6.6 Alcohol by volume.

Leffe Ambree: Leffe Ambree is a double malt beer with an enveloping and decisive flavor, capable of emphasizing different tastes thanks to a specially designed hopping. With Spicy with toasted hopped notes and hints of orange peel aroma.6.6% Alcohol by volume.

Leffe Brune: Leffe Brune is an authentic abbey beer. Both its deep, dark brown color and its full, slightly sweet flavor can be ascribed to the use of darkly roasted malt, making every sip exceptional. with Roasted, fruity aroma, Soft and creamy beer with a discreet touch of bitterness and a light taste.6.5% Alcohol by volume.

Leffe Ruby: Leffe Ruby is the first abbey beer ever to be combined with red fruit. It is light, mild, and very aromatic, with a refreshing and slightly spicy flavor. The subtle hints of rosewood make this a perfectly balanced beer. Spicy (clove), fruity (raspberries, strawberries, citrus), floral, aroma. 5% Alcohol by volume.

Leffe Triple: Leffe Triple is an authentic blond abbey beer full of character that experiences a secondary fermentation in the bottle due to the presence of yeast. Its flavor is robust and refined. Spicy and fruity aroma, Leffe Triple reveals a rich, sophisticated taste. 8.5% Alcohol by volume.

Leffe Rituel 9 °: Leffe Rituel 9 ° is produced with additional hops that give it a long and intense aftertaste: for this reason, tasting it is a real ritual, with Touches of clove and vanilla aroma. 9% Alcohol by volume. Anchor is America’s first craft brewery, with roots dating back to the California gold rush. operating a brewery on Potrero Hill in San Francisco, California. The brewery was founded in 1896 and was purchased by Frederick Louis Maytag in 1965, saving it from closure. It moved to its current location in 1979. It is one of the last remaining breweries to produce California common beer, also known as Steam Beer, a trademark owned by the company. Brooklyn Brewery is a brewery in Brooklyn, New York City, United States. It was started in 1988 by Steve Hindy and Tom Potter. Brooklyn Lager unites flavors of toffee, toast, and caramel with a dry-hopped aroma full of grapefruit, flowers, and pine. Whether it’s in your favorite pint glass, a trusty bottle, or versatile can, Brooklyn Lager is the beer for the job. If you’re looking for the dry-hopped amber lager that changed the world, look no further.